Once Was Lost (Paperback) 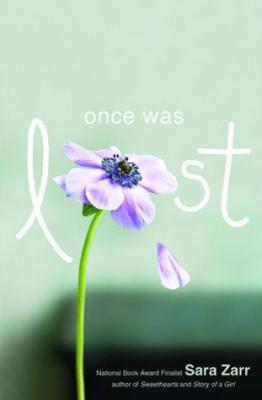 Once Was Lost (Paperback)

When your father's a pastor, it's hard not to buy in to the idea of the perfect family, a loving God, and amazing grace. But lately, Sam has a lot of reasons to doubt. Her mother lands in rehab after a DUI and her father seems more interested in his congregation than his family. When a young girl in her small town is kidnapped, the local tragedy overlaps with Sam's personal one, and the already worn thread of faith holding her together begins to unravel.

In her third novel, acclaimed author Sara Zarr examines the coexistence of affliction and hope, and what happens when everything you thought you believed--about God, your family, and yourself--is transformed.
Sara Zarr was raised in San Francisco, California, and now lives with her husband in Salt Lake City, Utah. She is the author of The Lucy Variations, How to Save a Life, What We Lost, Sweethearts, and the National Book Award finalist Story of a Girl. Her website is www.sarazarr.com.
Praise for Once Was Lost
"Zarr sets a hard task for herself here: interweaving a number of strong story strands and giving them equal weight...add to the story's depth." (starred review)—Booklist

Praise for Once Was Lost
"Beyond delivering a gripping story, Zarr has a knack for exposing human weakness in the ordinary." (starred review)—Publishers Weekly

Praise for Once Was Lost
"Riveting." (starred review)—Kirkus Reviews