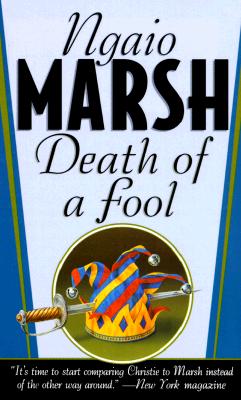 By Ngaio Marsh
Please email or write store for pricing and availability information.
Special Request - May Not Be Available

At the winter solstice, South Mardian's swordsmen weave their blades in an ancient ritual dance. But for one of them, the excitement proves too heady, and his decapitation turns the fertility rite into a pageant of death. Now Inspector Roderick Alleyn must penetrate not only the mysteries of folklore, but the secrets and sins of an eccentric group who include a surly blacksmith, a domineering dowager, and a not-so-simple village idiot.

From her first book in 1934 to her final volume just before her death in 1982, Ngaio Marsh's work has remained legendary, and is often compared to that of Agatha Christie and Dorothy L. Sayers. During her celebrated fifty-year career, Marsh was made a Grand Master by the Mystery Writers of America, was named Dame Commander, Order of the British Empire, won numerous prestigious awards, and penned 32 mystery novels.

Now St. Martin's Dead Letter Mysteries is thrilled to make all of Marsh's novels available again for old fans to relish and new ones to discover. So sit back, draw the curtains, lock the doors, and put yourself in the hands of Grande Dame of detective novels...

"It's time to start comparing Christie to Marsh instead of the other way around." --New York magazine