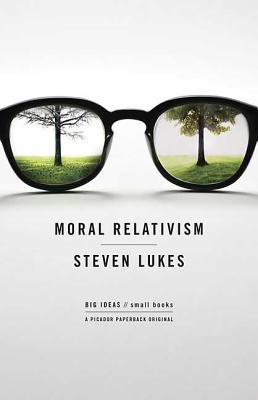 Moral relativism attracts and repels. What is defensible in it and what is to be rejected? Do we as human beings have no shared standards by which we can understand one another? Can we abstain from judging one another's practices? Do we truly have divergent views about what constitutes good and evil, virtue and vice, harm and welfare, dignity and humiliation, or is there some underlying commonality that trumps it all?

These questions turn up everywhere, from Montaigne's essay on cannibals, to the UN Declaration of Human Rights, to the debate over female genital mutilation. They become ever more urgent with the growth of mass immigration, the rise of religious extremism, the challenges of Islamist terrorism, the rise of identity politics, and the resentment at colonialism and the massive disparities of wealth and power between North and South. Are human rights and humanitarian interventions just the latest form of cultural imperialism? By what right do we judge particular practices as barbaric? Who are the real barbarians?

In this provocative new book, the distinguished social theorist Steven Lukes takes an incisive and enlightening look at these and other challenging questions and considers the very foundations of what we believe, why we believe it, and whether there is a profound discord between "us" and "them."

Steven Lukes is the author of numerous books and articles about political and social theory, morality, relativism, Marxism, and power. He is the author of Emile Durkheim: His Life and Work, as well as the novel The Curious Enlightenment of Professor Caritat: A Comedy of Ideas (which has been translated into fifteen languages). He is a professor of sociology at New York University.

“A book on moral relativism by someone with a steely understanding of social reality? Only Steven Lukes could write it. If his insights are disturbing rather than comforting, he presents them with clarity, grace, and modesty.” —Richard Sennett, author of The Craftsman

“No sociologist alive is a sharper philosopher than Steven Lukes. He has been making mincemeat of academic distinctions for decades, bringing a razor mind and an eye for significance to all manner of vexing questions about power, individualism, rationality, human rights, identity, and now, in this masterful little volume, moral relativism. He reads like an omnivore, writes like a dream, and has both the reason and the courage to say that some positions are right and others wrong.” —Todd Gitlin, author of Media Unlimited: How the Torrent of Images and Sounds Overwhelms our Lives