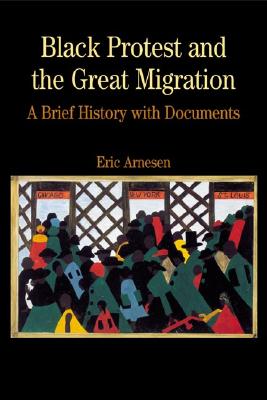 During World War I, as many as half a million southern African Americans permanently left the South to create new homes and lives in the urban North, and hundreds of thousands more would follow in the 1920s. This dramatic transformation in the lives of many black Americans involved more than geography: the increasingly visible "New Negro" and the intensification of grassroots black activism in the South as well as the North were the manifestations of a new challenge to racial subordination. Eric Arnesen's unique collection of articles from a variety of northern, southern, black, and white newspapers, magazines, and books explores the "Great Migration," focusing on the economic, social, and political conditions of the Jim Crow South, the meanings of race in general -- and on labor in particular -- in the urban North, the grassroots movements of social protest that flourished in the war years, and the postwar "racial counterrevolution." An introduction by the editor, headnotes to documents, a chronology, questions for consideration, a bibliography, and an index are included.

Eric Arnesen is professor of history and African American studies at the University of Illinois at Chicago. A specialist in African American labor history and issues of race and labor, he is the author of Brotherhoods of Color: Black Railroad Workers and the Struggle for Equality (2001), which received the Wesley-Logan Prize in Diaspora History from the American Historical Association and the Association for the Study of Afro-American Life and History, won Distinguished Honors from the Robert F. Kennedy Book Award Committee, and was selected as an Outstanding Academic Book by Choice. His book Waterfront Workers of New Orleans: Race, Class, and Politics, 1863-1923 (1991) received the John H. Dunning Prize in American History from the American Historical Association. He is also coeditor of Labor Histories: Class, Politics, and the Working-Class Experience (1998). His numerous articles have appeared in journals such as the American Historical Review, International Labor and Working-Class History, International Review of Social History, Labor History, and the Radical History Review. He has received fellowships from the National Endowment for the Humanities and the University of Illinois at Chicago's Institute for the Humanities and Great Cities Institute.