In the Name of God (Paperback) 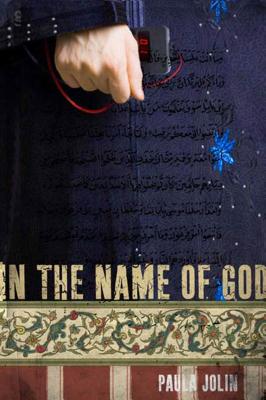 In the Name of God (Paperback)

A 17-year-old Syrian girl's strengthening religious and political beliefs put her on the path toward Islamic fundamentalism.

They talked about doing things, of course, these macho cousins and uncles of mine. But nothing happens. God did not reward the Muslims for waiting in patience while the Unbelievers picked them off one by one, did He? God helps she who helps herself, she who helps the Muslims. Someone has to take control, right? I've already decided that someone will be me.

Nadia is an excellent student, daughter, and sister, living in Damascus, Syria. Above all, she strives to walk the straight path and follow the laws of Islam. But she's confused by the world around her and how she fits into it. She's conflicted about her Westernized cousins, the internal struggles of her country, and the war raging in Iraq.

When her cousin is arrested by Syrian authorities for speaking out—betrayed by someone in the family—Nadia finds herself drawn into the dark world of Islamic fundamentalism. And she's about to face the biggest decision of her life.

PAULA JOLIN's book IN THE NAME OF GOD was named a 2008 NCSS-CBC Notable Social Studies Book for Young People. An authority on Islamic cultures, Paula lives in Cary, North Carolina.

“The taut, suspenseful plot builds to a riveting climax. . . . Jolin does more than put a face on Middle East teens; she breathes life into each of her well-drawn characters and their complicated world. Nadia's story reminds us that some truths are best expressed by fiction.” —Kirkus Reviews, Starred Review

“. . . a groundbreaking story . . . Writing with compassion and sensitivity, Jolin shows the volatile mix of vulnerabilities, passions, anger, fear, yearning and devotion that pulls Nadia toward her shocking choices, which culminate in a heart-stopping ending. . . . an essential starting place for teens to examine their own views about Western culture, the Middle East, the division of church and state, terrorism, and how fear and hate, faith and love affect everything.” —Booklist, Boxed Review

“. . . a convincing picture of life in present-day Damascus, and the suspense will keep readers engaged.” —School Library Journal

“Jolin's powerful and timely first novel transports readers to present-day Syria and explores how the hatred that young people feel towards Americans seem to fuel their willingness to become suicide bombers.” —Publishers Weekly