A Room on Lorelei Street (Paperback) 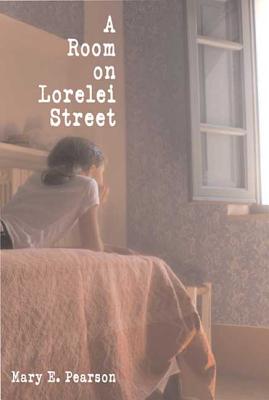 A Room on Lorelei Street (Paperback)

A room is not much. It is not arms holding you. Not a kiss on the forehead. Not a packed lunch or a remembered birthday. Just a room. But for seventeen-year-old Zoe, struggling to shed the suffocating responsibility of her alcoholic mother and the controlling guilt of her grandmother, a rented room on Lorelei Street is a fierce grab for control of her own future. Zoe rents her room from Opal Keats, an eccentric old lady who has a difficult past of her own, but who chooses to live in the possibility of the future. Zoe tries to find that same possibility in her own future, promising that she will never go crawling back. But with all odds against her, can a seventeen-year-old with a job slinging hash make it on her own? Zoe struggles with this worry and the guilt of abandoning her mother as she goes to lengths that even she never dreamed she would in order to keep the room on Lorelei Street.

Pearson studied art at Long Beach State University, and worked as an artist before earning her teaching credentials at San Diego State University. She writes full-time from her home in Carlsbad, California, where she lives with her husband and two dogs.

“You may not agree with her choices, but you'll think about them long after you finish her story. READ IT.” —Teen People