The Chili Queen: A Novel (Paperback) 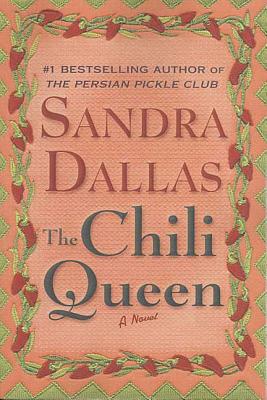 The Chili Queen: A Novel (Paperback)

Life may have been hard on Addie French, but when she meets friendless Emma Roby on a train, all her protective instincts emerge. Emma's brother is seeing her off to Nalgitas to marry a man she has never met. And Emma seems like a lost soul to Addie-someone who needs Addie's savvy and wary eye. It isn't often that Addie is drawn to anyone as a friend, but Emma seems different somehow. When Emma's prospective fails to show up at the train depot, Addie breaks all her principles to shelter the girl at her brothel, The Chili Queen. But once Emma enters Addie's life, the secrets that unfold and schemes that are hatched cause both women to question everything they thought they knew. With Sandra Dallas's trademark humor, charm, and pathos, The Chili Queen will satisfy anyone who has ever longed for happiness.

The Chili Queen is the winner of the 2003 Spur Award for Best Western Novel.

“Dallas’s sixth ... is as satisfying as a John Ford movie, with just the right touches of humor and period detail.” —Kirkus Reviews

“Dallas weaves a beguiling plot and creates engaging characters and dialogue.... The zesty, offbeat charm of life among these undesirables in the seedy West keeps this tale moving smartly.” —Publishers Weekly