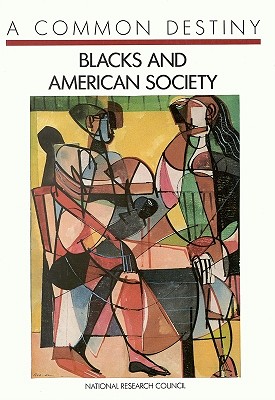 A] collection of scholars has] released a monumental study called A Common Destiny: Blacks and American Society. It offers detailed evidence of the progress our nation has made in the past 50 years in living up to American ideals. But the study makes clear that our work is far from over. ?President Bush, Remarks by the president to the National Urban League Conference

The product of a four-year, intensive study by distinguished experts, A Common Destiny presents a clear, readable big picture of blacks' position in America. Drawing on historical perspectives and a vast amount of data, the book examines the past 50 years of change and continuity in the status of black Americans. By studying and comparing black and white age cohorts, this volume charts the status of blacks in areas such as education, housing, employment, political participation and family life.