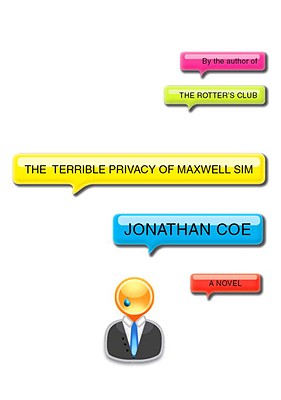 Maxwell Sim can’t seem to make a single meaningful connection. His absent father was always more interested in poetry; he maintains an e-mail correspondence with his estranged wife, though under a false identity; his incomprehensible teenage daughter prefers her BlackBerry to his conversation; and his best friend since childhood is refusing to return his calls. He has seventy-four friends on Facebook, but nobody to talk to.

In an attempt to stir himself out of this horrible rut, Max quits his job as a customer liaison at the local department store and accepts a strange business proposition that falls in his lap by chance: he’s hired to drive a Prius full of toothbrushes to the remote Shetland Islands, part of a misguided promotional campaign for a dental-hygiene company intent on illustrating the slogan “We Reach Furthest.”

But Max’s trip doesn’t go as planned, as he’s unable to resist making a series of impromptu visits to important figures from his past who live en route. After a string of cruelly enlightening and intensely awkward misadventures, he finds himself falling in love with the soothing voice of his GPS system (“Emma”) and obsessively identifying with a sailor who perpetrated a notorious hoax and subsequently lost his mind. Eventually Max begins to wonder if perhaps it’s a severe lack of self-knowledge that’s hampering his ability to form actual relationships.

A humane satire and modern-day picaresque, The Terrible Privacy of Maxwell Sim is a gently comic and rollickingly entertaining novel about the paradoxical difficulties of making genuine attachments in a world of advanced communications technology and rampant social networking.

Jonathan Coe's awards include the John Llewellyn Rhys Prize, the Prix du Meilleur Livre etranger, the Prix Medicis etranger, and, for "The Rotters' Club, "the Bollinger Everyman Wodehouse Prize. He lives in London with his wife and their two daughters.

“Coe’s voice, spoken through Max’s perspective, effuses the novel with an easy, understated and satirical sense of humor that is a joy to read . . . An excellent and entertaining take on how our countless methods of modern communication are making it harder to truly connect.” —Katie Stroh, The Daily Texan

“[A] beguiling combination of picaresque comic adventure, meditation on the idea of meta-narrative, and thought-provoking reflection on the place of social media in our lives.” —Heather Paulson, Booklist

“Funny, acerbic and, most of all, a novel that could not have been born at any other time than the present.”  —“What We’re Reading Now,” NPR

“A smart satire of materialism and modern life . . . Coe is a funny writer, and it's a testament to his skill with character that for all of his hero’s maddening faults and failures, Sim never wears out his welcome . . . Much like its targets, the book stubbornly delivers moments of humor and humanity.” —Chris Barton, Los Angeles Times

“Touching and admirable . . . Coe masterfully equips [his] vibrant and ingenious novels . . . with trap-like ironies that snap shut on his characters without bending them out of shape.” —Mark Martin, Barnes and Noble Review

“Beguiling . . . Coe has devised a powerful structure upon which to hang his exacting sense of humor and acute social observations, [and he] leaves the reader uncomfortably engaged with the consequences of Max’s terrible privacy, an unbearable loneliness that I would wager many of us share in this globalized world of greater and greater connectedness in which we are anything but connected.”  —Martha McPhee, San Francisco Chronicle

“On the one hand, [Coe’s] novels are immensely pleasurable in traditional ways: rich in characterization, emotionally resonant, thoughtfully plotted. On the other, he’s committed to unorthodox, even daring formal conceits, which energize his books by shaking them out of any possible complacency . . . Coe manages all that while also being very, very funny. There are many contemporary writers who can make you laugh, but Coe is one of the few whose comic set pieces do that and feel like miniature works of art. He has a genius for perfectly constructed jokes with hilarious payoffs.” —Ed Park, Bookforum

“In his sparkling and hugely enjoyable new book Jonathan Coe reinvents the picaresque novel for our time.” —Yorkshire Evening Post

“Clever, engaging, and spring-loaded with mysteries and surprises.” —Caroline McGinn, Time Out

“A brilliant depiction of 21st century life [and] a truly magnificent novel…Coe manages to make me howl with laughter and sob with tenderness within the same sentence.” —Patrick Neate, The Bookseller

“[Coe] gives us witty and tender humanity, and reminds us that while the winners write the history, it is life’s losers who have the best stories.” —Simon Baker, The Spectator

“An amiably lunatic journey into the unknown…Coe’s satirical eye is as dependable as ever.” —Financial Times

“Most entertaining…A parable about the feeling many now have of not being in control of their own story.” —The Independent

“Exceptionally moving…[it tells] us something about loneliness, failure and the inability to cope that we haven’t quite read before.” —The Guardian

“Masterly…[Coe’s] eye for the details of contemporary life remains as sharp as ever.” —Daily Mail