On the Beach (Vintage International) (Paperback) 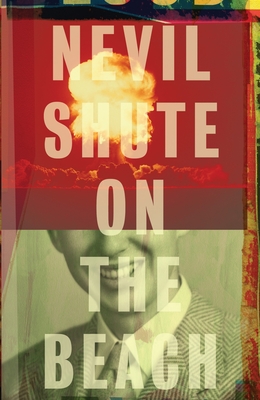 On the Beach (Vintage International) (Paperback)


Available to Order - Usually Arrives in Our Store in 4 to 7 Days
Nevil Shute’s most powerful novel—a bestseller for decades after its 1957 publication—is an unforgettable vision of a post-apocalyptic world.

After a nuclear World War III has destroyed most of the globe, the few remaining survivors in southern Australia await the radioactive cloud that is heading their way and bringing certain death to everyone in its path. Among them is an American submarine captain struggling to resist the knowledge that his wife and children in the United States must be dead. Then a faint Morse code signal is picked up, transmitting from somewhere near Seattle, and Captain Towers must lead his submarine crew on a bleak tour of the ruined world in a desperate search for signs of life. Both terrifying and intensely moving, On the Beach is a remarkably convincing portrait of how ordinary people might face the most unimaginable nightmare.
Nevil Shute Norway was born in 1899 in Ealing, London. He studied Engineering Science at Balliol College, Oxford. Following his childhood passion, he entered the fledgling aircraft industry as an aeronautical engineer working to develop airships and, later, airplanes. In his spare time he began writing and he published his first novel, Marazan, in 1926, using the name Nevil Shute to protect his engineering career. In 1931 he married Frances Mary Heaton and they had two daughters. During the Second World War he joined the Royal Navy Volunteer Reserve where he worked on developing secret weapons. After the war he continued to write and settled in Australia where he lived until his death in 1960. His most celebrated novels include Pied Piper (1942), A Town Like Alice (1950), and On the Beach (1957).

“The most haunting evocation we have of a world dying of radiation after an atomic war.” —The New York Times

“The most shocking fiction I have read in years. What is shocking about it is both the idea and the sheer imaginative brilliance with which Mr. Shute brings it off.”  —San Francisco Chronicle

“A novelist of intelligent and engaging quality, deservedly popular. . . . Nevil Shute was, in brief, the sort of novelist who genuinely touches the imagination and feeling.” —The Times (London)