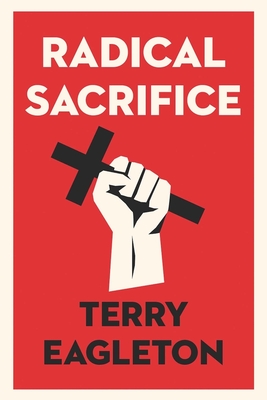 Out of Print
A trenchant analysis of sacrifice as the foundation of the modern, as well as the ancient, social order

The modern conception of sacrifice is at once cast as a victory of self-discipline over desire and condescended to as destructive and archaic abnegation. But even in the Old Testament, the dual natures of sacrifice, embodying both ritual slaughter and moral rectitude, were at odds. In this analysis, Terry Eagleton makes a compelling argument that the idea of sacrifice has long been misunderstood.

Pursuing the complex lineage of sacrifice in a lyrical discourse, Eagleton focuses on the Old and New Testaments, offering a virtuosic analysis of the crucifixion, while drawing together a host of philosophers, theologians, and texts—from Hegel, Nietzsche, and Derrida to the Aeneid and The Wings of the Dove. Brilliant meditations on death and eros, Shakespeare and St. Paul, irony and hybridity explore the meaning of sacrifice in modernity, casting off misperceptions of barbarity to reconnect the radical idea to politics and revolution.
Terry Eagleton is Distinguished Visiting Professor of English Literature at Lancaster University and the author of more than fifty books in the fields of literary theory, postmodernism, politics, ideology, and religion.

"[His] generous spirit towards the past, along with the ease with which Eagleton wears his learning, makes him a joy to read."—Scott Beauchamp, Claremont Review of Books

"Radical Sacrifice makes a persuasive case that a life given in the defense of those who are rejected, or sacrificed, is a life deeply lived."—Jose Dueno, America

"Be not afraid: Eagleton’s spritely offbeat style and sure eye for the telling quotation sustains his argument."—George Dennis O'Brien, Christian Century

"Radical Sacrifice is a brief that explicates not just the revolutionary significance of martyrdom, but also of art, nationalism, apocalypse, creation, and death."—Ed Simon, The Revealer

"There are very few thinkers today who have the fluency to write about political theory and religious thought as seamlessly as Eagleton has managed to do."—Daniel Bezalel Richardsen, Literary Review of Canada

"Sacrifice – giving something up – does not rate highly in modern capitalist societies based on the idea of fulfillment through consumption. As Terry Eagleton says, however, there is much more to sacrifice than priests, temples and burnt offerings. Our understanding of sacrifice, clearly, has evolved radically over the millennia, but the impulse to renounce and surrender oneself remain integral to the human experience. Eagleton draws on all those experiences, from the Old and New Testaments to Karl Marx via Harry Potter, to powerfully restate the case for an idea as old as humankind itself."—Marcus Tanner, journalist, editor and author of Croatia and Albania's Mountain Queen

"In this book, Terry Eagleton offers a fascinating interpretation of sacrifice as an affirmation of personal and social transformation. Radical Sacrifice is a salutary reminder of the abiding fecundity of Marxist approaches to the Christian tradition. Even those who may not accept Eagleton’s view of sacrifice will inevitably enjoy the intellectual tour de force he presents and benefit from his stimulating engagement with a huge variety of texts and thinkers."—Johannes Zachhuber, co-editor of Sacrifice and Modern Thought

"In a darkening hour, Terry Eagleton remains bravely committed to the depths of our cultural inheritance. His non-reductive treatment of religious sacrifice refuses at once a progressivist compromise with dark forces, deployed to discipline the individual, and the postmodern invocation of their marginally disturbing and subvsersive character. Instead, it advocates the stand of the martyr and revolutionary against all darkness, which inevitably invites death at its hands, but witnesses to an utterly transformed future where at last light prevails. It is a magisterial treatment, which manages to be both balanced and uncompromising."—John Milbank, author of Beyond Secular Order and The Monstrosity of Christ