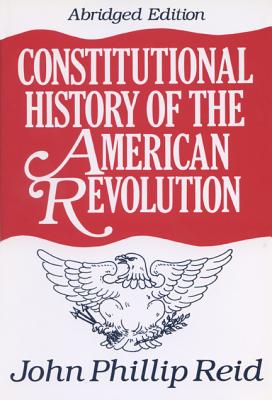 "Reid persuasively argues that students of the Revolution have moved too quickly from constitutional arguments to economic interests, ideology, and social psychology. Reid's Constitutional History is essential reading for any serious student of the American Revolution."—Peter S. Onuf, Journal of American History

"The assumptions and themes of this book challenge much of the historical profession's thinking about the origins of the American Revolution. Professor Reid suggests that Americans sought to preserve the Empire, while the English tragically destroyed it with constitutional innovation. If this is correct, and Reid's argument is convincing, historians need to rethink issues and problems of economics, social stress, and political nationalism and place constitutionalism . . . back at the top of the list of causes of the Revolution."—Howard A. Ohline, Pennsylvania Magazine of History and Biography