Seattle from the Margins: Exclusion, Erasure, and the Making of a Pacific Coast City (Hardcover) 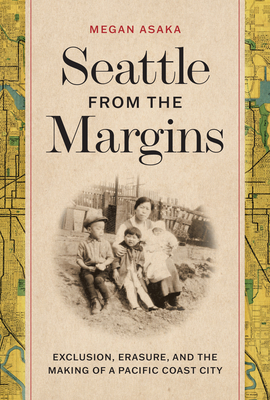 Seattle from the Margins: Exclusion, Erasure, and the Making of a Pacific Coast City (Hardcover)

From the origins of the city in the mid-nineteenth century to the beginning of World War II, Seattle's urban workforce consisted overwhelmingly of migrant laborers who powered the seasonal, extractive economy of the Pacific Northwest. Though the city benefitted from this mobile labor force--consisting largely of Indigenous peoples and Asian migrants--municipal authorities, elites, and reformers continually depicted these workers and the spaces they inhabited as troublesome and as impediments to urban progress. Today the physical landscape bears little evidence of their historical presence in the city.

Tracing histories from unheralded sites such as labor camps, lumber towns, lodging houses, and so-called slums, Seattle from the Margins shows how migrant laborers worked alongside each other, competed over jobs, and forged unexpected alliances within the marine and coastal spaces of the Puget Sound. By uncovering the historical presence of marginalized groups and asserting their significance in the development of the city, Megan Asaka offers a deeper understanding of Seattle's complex past.

Megan Asaka is assistant professor of history at the University of California, Riverside.