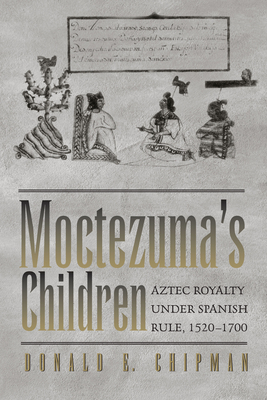 Though the Aztec Empire fell to Spain in 1521, three principal heirs of the last emperor, Moctezuma II, survived the conquest and were later acknowledged by the Spanish victors as reyes naturales (natural kings or monarchs) who possessed certain inalienable rights as Indian royalty. For their part, the descendants of Moctezuma II used Spanish law and customs to maintain and enhance their status throughout the colonial period, achieving titles of knighthood and nobility in Mexico and Spain. So respected were they that a Moctezuma descendant by marriage became Viceroy of New Spain (colonial Mexico’s highest governmental office) in 1696. This authoritative history follows the fortunes of the principal heirs of Moctezuma II across nearly two centuries. Drawing on extensive research in both Mexican and Spanish archives, Donald E. Chipman shows how daughters Isabel and Mariana and son Pedro and their offspring used lawsuits, strategic marriages, and political maneuvers and alliances to gain pensions, rights of entailment, admission to military orders, and titles of nobility from the Spanish government. Chipman also discusses how the Moctezuma family history illuminates several larger issues in colonial Latin American history, including women’s status and opportunities and trans-Atlantic relations between Spain and its New World colonies.

DONALD E. CHIPMAN is Professor Emeritus of History at the University of North Texas in Denton. In 2003, King Juan Carlos I of Spain knighted him as a Caballero of the Royal Order of Isabella the Catholic, the highest honor that can be accorded to a non-Sp