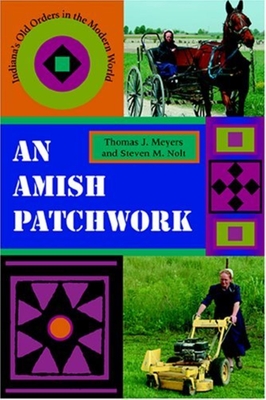 Indiana is home to the world's third-largest Amish population. Indiana's 19 Old Order Amish and two Old Order Mennonite communities show a surprising diversity despite all that unites them as a distinct culture. This contemporary portrait of Indiana's Amish is the first book-length overview of Amish in the state. Thomas J. Meyers and Steven M. Nolt present an overview of the beliefs and values of the Amish, their migration history, and the differences between the state's two major Amish ethnic groups (Pennsylvania Dutch and Swiss). They also talk about Indiana's Old Order Mennonites, a group too often confused with the Amish. Meyers and Nolt situate the Amish in their Indiana context, noting an involvement with Indiana's industrial economy that may surprise some. They also treat Amish interaction with state government over private schooling and other matters, and the relationship of the Amish to their neighbors and the tourist industry. This valuable introduction to the Indiana Amish deserves a place on every Hoosier's bookshelf.

Thomas J. Meyers, Professor of Sociology and Director of International Education at Goshen College, is author of numerous articles on the Indiana Amish and has conducted extensive field research among LaGrange and Elkhart Amish groups. He lives in Goshen, Indiana.Steven M. Nolt, Associate Professor of History at Goshen College, is author of Amish Enterprise: From Plows to Profits (with Donald Kraybill); A History of the Amish; Foreigners in Their Own Land: Pennsylvania Germans in the Early Republic; and other publications on the Amish and Old Order groups. He lives in Goshen, Indiana.