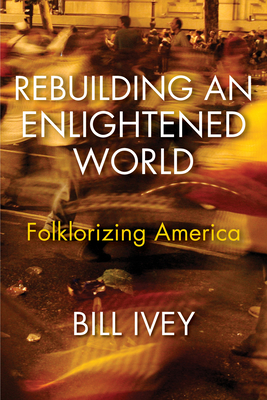 In Folklore, Bill Ivey, former chairman of the National Endowment for the Arts, argues that the world today is being reshaped by the end of the Enlightenment. In the 18th and 19th century, imperialism and colonialism spread Enlightenment values around the world. Through the 20th century, civilization believed this universal commitment to human rights would be permanent. Today that assumption is under threat everywhere. Contemporary public intellectuals have entirely missed this truth, leading them to offer incomplete or unhelpful analyses of the current global situation, and inadequate prescriptions for a way forward. In truth, at the Enlightenment's end, ISIS, the Taliban, the Tea Party, and Donald Trump are linked--science is denigrated, tribal resentments come to the fore, religious fundamentalism shapes belief and action, and social justice, women's rights, and democracy itself are threatened. Ivey argues that in the United States folklore scholars have spent the past 150 years observing, documenting, and seeking to understand the communities and community life that support the artistry, tradition, beliefs, and values that sustained mankind for centuries before the Enlightenment advanced a new vision of humanity, one that brought all people into the mainstream of history. Through their observational and nuanced research, folklorists have come to understand the complex borderland separating the literacy, manners, sophistication, and politics of civilization from the world of orality, tradition, tribe, and ethnicity. If leaders wish to nurture a world order that again places overarching, universal human rights at the center of international affairs, we must advance enlightened policy from a new perspective, grounding ideas and action in the hard-won insights of folklorists, honoring a new, vitalized respect for the habits and traditions that sustain ordinary people.

Bill Ivey is Senior Policy Fellow at Americans for the Arts and Trustee of the Center for American Progress. He was Chairman of the National Endowment for the Arts in the Clinton-Gore administration, and was Team Leader in the Obama presidential transition. Ivey is Past-President of the American Folklore Society, serving that group as Senior Advisor for China. He is author of Arts, Inc.: How Greed and Neglect Have Destroyed Our Cultural Rights and Handmaking America: A Back-to-Basics Pathway to a Revitalized American Democracy.