Erased from Space and Consciousness: Israel and the Depopulated Palestinian Villages of 1948 (Paperback) 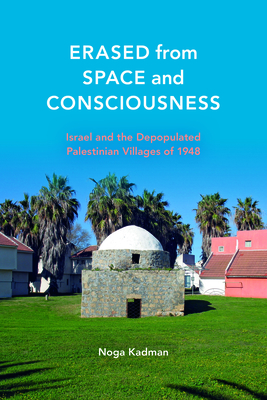 Erased from Space and Consciousness: Israel and the Depopulated Palestinian Villages of 1948 (Paperback)

Hundreds of Palestinian villages were left empty across Israel when their residents became refugees after the 1948 war, their lands and property confiscated. Most of the villages were razed by the new State of Israel, but in dozens of others, communities of Jews were settled--many refugees in their own right. The state embarked on a systematic effort of renaming and remaking the landscape, and the Arab presence was all but erased from official maps and histories. Israelis are familiar with the ruins, terraces, and orchards that mark these sites today--almost half are located within tourist areas or national parks--but public descriptions rarely acknowledge that Arab communities existed there within living memory or describe how they came to be depopulated. Using official archives, kibbutz publications, and visits to the former village sites, Noga Kadman has reconstructed this history of erasure for all 418 depopulated villages.

Noga Kadman is a researcher and licensed tour guide whose main interest is to explore the encounter between Israelis and the Palestinian presence in the landscape and history of the country. She is co-editor of Once Upon a Land: A Tour Guide to Depopulated Palestinian Villages and Towns (in Hebrew and Arabic).