The Gypsy Code: The True Story of a Volent Game of Hide and Seek at the Fringes of Society (Paperback) 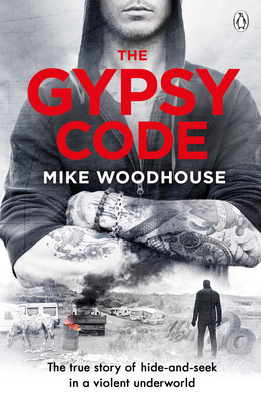 The Gypsy Code: The True Story of a Volent Game of Hide and Seek at the Fringes of Society (Paperback)

Mike Woodhouse had everything: an engineering business, a wine bar, a home, a Range Rover, and a boat. Then he caught a group of travelers stealing from his warehouse. A car chase, petrol bombing, and court case later, and everything had changed.

A marked man, Mike was forced to leave everything behind and move to the Peak District for a fresh start. But his old life was never far behind and when he fell for Charmane, a Romany Gypsy, kin to the very people he was hiding from, he knew he wouldn't be safe for much longer . . .

The Gypsy Code is a story of secret identity, revenge, and forbidden love that's perfect for fans of Running with the Firm, Undercover, and Soldier Spy.

Mike Woodhouse followed his father into engineering and set up his own company, traveling the world and winning an award for innovation in the halal industry. He now serves real ale and paints portraits.
With a car chase, violence and beautiful women, it reads like a thriller—The Sunday Times

The Gypsy Code [is] about how he turned from staunch critic of the travelling community to one who saw the good in them - and, for a while, even became one of them. It is a story of his road to redemption but what changed his mind? In a word: love—Daily Express

A violent underworld feud, car chases, petrol bombings and court cases, to being offered a home by gypsies, Mike Woodhouse's eventful life sounds like the plot of a novel . . . [an] incredible riches to rags story —Diss Mercury