Memoir of a Hockey Nobody: They said I couldn't make the NHL, so I went out and proved them right! (Paperback) 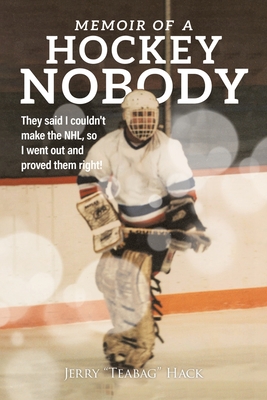 Memoir of a Hockey Nobody is the unlikely true story of an average Canadian kid who grew up playing street hockey. Although he didn't learn how to skate until his late teens, he took a shot at entering the world of professional ice hockey with, shall we say, haphazard results.

This is an "against all odds" tale of one man's journey from Vancouver, to all over Western Canada, California, The Yukon, and Alaska. Seemingly blocked at every turn, from managers who believed that someone who came from such humble beginnings couldn't be any good, to coaches who would rather see big names with bigger reputations. It's a story of tragedy, triumph and determination. A roller coaster ride with hilarious anecdotes of all the characters he met along the way.