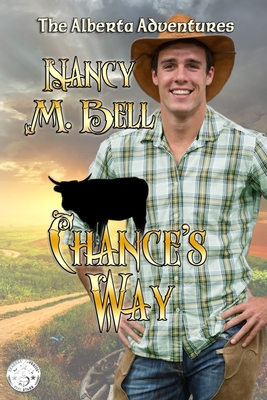 Set in the south country of Alberta, Laurel Rowan and her friends become embroiled in some dangerous events. Laurel's passion for the wild horses of Alberta are featured in Wild Horse Rescue, while in Dead Dogs Talk she stumbles into the world of illegal dog fighting. In this last book of the series, Chance Cullen, Laurel's childhood friend who has been straying from the straight and narrow must come to terms with the demons that haunt him. He must also come to a resolution about his feelings for Laurel, and hers for him.

Chance Cullen has screwed up royally, and he knows it. He's alienated his mother and sister, and the girl he's been in love with his whole life, Laurel Rowan. The lure of alcohol calls him, and in the past, he's found solace there...for a time. But life keeps blowing up in his face.

Chance desperately wants to be a top bull rider, but he needs a sponsor, and he needs to come to terms with taking responsibility and turning his life around. His abusive dad is in prison for a number of offences, including masterminding a dog fighting ring.

﻿Chance's narrow escape from both the law and the unsavoury characters he got involved with through his father, have left him shaken. In his mind, his greatest crime was putting Laurel Rowan in danger. He knows she doesn't feel the same way about him as he does about her, but maybe, just maybe, he can win back her friendship. It won't be an easy road, but Chance is determined to fight his demons. A cowboy needs to know when to cowboy up and Chance figures this is his time.