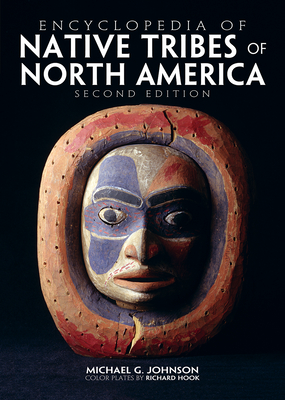 A model of excellence in the art of reference volume publishing... Every public and school library... should acquire this treasure. It will remain the standard for many years to come.
-- Dr. James A. Clifton, Department of Anthropology, Western Michigan University

This substantial reference remains one of the most elaborately illustrated books on Native Americans now in print... Highly recommended.
-- Library Journal

This superb, fully illustrated reference offers the most up-to-date and essential facts on the identity, kinships, locations, populations and cultural characteristics of some 400 separately identifiable peoples native to the North American continent, both living and extinct, from the Canadian Arctic to the Rio Grande.

The abundance of illustrations and photographs form an especially rich store of material describing the vast range of Native American material culture. The maps are valuable pictorial representations of major historical events. Population and settlement trends based on the most recent U.S. Census paint detailed portraits of all officially recognized tribes.

Comprehensive, authoritative and up-to-date, Encyclopedia of Native Tribes of North America is an important and accessible record of the Native American peoples and an essential addition to all school and library collections.

Michael G. Johnson was a scholar of Native American studies. He researched the history and culture of diverse indigenous cultures of North America for more than 50 years during which he visited more than 30 Indian communities and reservations. He set new standards of scholarship and wrote for both academics and non-specialist readers. Johnson was associate editor of American Indian Crafts and Culture magazine, a contributing writer to Whispering Wind magazine, and the author of more than 15 books still in print. In July 2000, he received the Denali Press Award from the American Library Association. Johnson died in August 2019 at the age of 82.