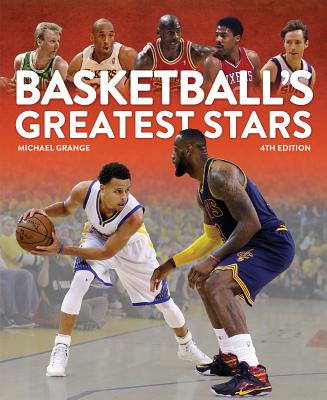 Profiles of the very best NBA players and a definitive history of the game.

The spectacular success of the NBA is based on its stars, their performances and personalities, which excite fans game after game, championship after championship. Michael Grange has profiled 50 of the greatest and most electrifying players in the league's history in this newly updated edition of Basketball's Greatest Stars.

They're all here: the score-at-will centers, the quick-dishing guards, the take-it-to-the-hoop power forwards and the three-point shooters. The book also features a chapter on future greats who are starting on the NBA hardwood now. Grange's insightful essays cover the leading men and defining moments that have shaped the sport, the international game, the rise of the three-point shot and the changing nature and importance of statistical analysis. As an added bonus there are profiles of all 30 NBA franchises -- the organizations that have orchestrated the league's rise to greatness.

Some of the current NBA stars featured in this fourth edition are:

Some of the NBA stars of yesteryear are:

Jam-packed with terrific photographs that celebrate each superstar and capture the excitement on the court, Basketball's Greatest Stars is a superb book for every fan.

Michael Grange is a sports reporter and on-air personality for Sportsnet, as well as an award-winning magazine writer who has written for the New York Times and ESPN.