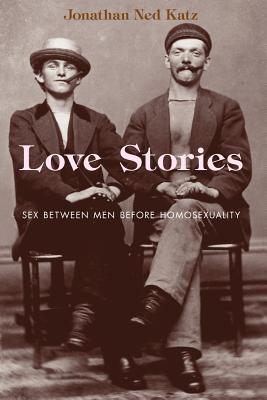 
Available to Order - Usually Arrives in Our Store in 4 to 7 Days
In Love Stories, Jonathan Ned Katz presents stories of men's intimacies with men during the nineteenth century—including those of Abraham Lincoln—drawing flesh-and-blood portraits of intimate friendships and the ways in which men struggled to name, define, and defend their sexual feelings for one another. In a world before "gay" and "straight" referred to sexuality, men like Walt Whitman and John Addington Symonds created new ways to name and conceive of their erotic relationships with other men. Katz, diving into history through diaries, letters, newspapers, and poems, offers us a clearer picture than ever before of how men navigated the uncharted territory of male-male desire.

Jonathan Ned Katz is the author of many books, including Gay American History and Love Stories: Sex Between Men Before Homosexuality, the latter published by the University of Chicago Press.