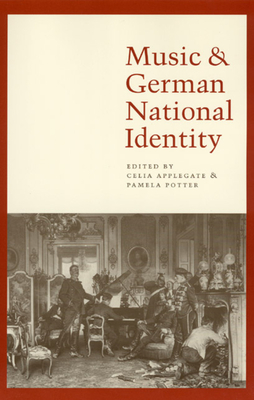 By Celia Applegate, Pamela Potter
Please email or write store for pricing and availability information.
Available to Order - Usually Arrives in Our Store in 4 to 7 Days

Is it merely a coincidence that the three "Bs" of classical music—Bach, Beethoven, Brahms—are all German composers? Why do concert halls all over the world feature mostly the works of German and Austrian composers as their standard repertoire? Over the past three centuries, supporters of German music ranging from music scholars to politicians have nurtured the notion that the German-speaking world possesses a peculiar strength in the cultivation of music.

This book explores the questions of how music came to be associated with German identity, when and how Germans came to be regarded as the "people of music," and how music came to be designated as "the most German art." Drawing on the expertise of leading scholars in German history, musicology, and German literature, the essays assembled here examine philosophy, literature, politics, and social currents, as well as the creation and performance of folk music, art music, church music, jazz, and pop to explore the ways in which music has continued to play a central role in the German national imagination and in shaping German identity.

Celia Applegate is an associate professor of history at the University of Rochester. She is the author of A Nation of Provincials: The German Idea of Heimat.

Pamela Potter is an associate professor in the musicology and German departments at the University of Wisconsin, Madison. She is the author of Most German of the Arts: Musicology and Society from the Weimar Republic to the End of Hitler's Reich.