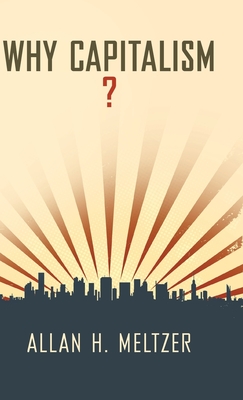 
Available to Order - Usually Arrives in Our Store in 4 to 7 Days
A review of the headlines of the past decade seems to show that disasters are often part of capitalist systems: the high-tech bubble, the Enron fraud, the Madoff Ponzi scheme, the great housing bubble, massive lay-offs, and a widening income gap. Disenchantment with the market economy has
reached the point that many even question capitalism itself. Allan H. Meltzer disagrees, passionately and persuasively. Drawing on deep expertise as a financial historian and authority on economic theory, he provides a resounding answer to the question, why capitalism? Only capitalism, he writes, maximizes both growth and individual freedom. Unlike
socialism, capitalism is adaptive, not rigid--private ownership of the means of production flourishes wherever it takes root, regardless of culture. Laws intended to tamper with its fundamental dynamics, such as those that redistribute wealth, fail. European countries boasting extensive welfare
programs have not surpassed the more market-oriented United States. Capitalism does require a strong legal framework, Meltzer writes, and it does not solve all problems efficiently. But he finds that its problems stem from universal human weaknesses--such as dishonesty, venality, and
expediency--which are not specific to capitalism. Along the way, he systematically analyzes the role of government, positing that regulations are static, but markets are dynamic, usually seeking ways to skirt the rules. Regulation is socially useful if it brings private costs into line with social
costs (for example, the cost of taxes to hire policemen compared to that of the impact of rampant crime); if it doesn't, regulation simply invites circumvention. Vigorously argued, sweeping in scope, Why Capitalism? reminds us of the fundamental vitality of the one economic system that has survived every challenge, and risen to dominate the globe.