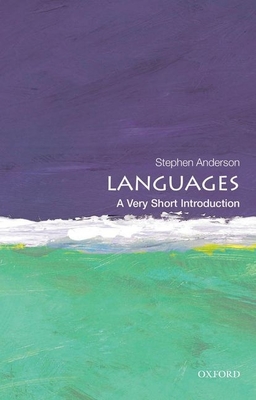 By Stephen Anderson
$11.95
On Our Shelves Now

How many languages are there? Are new languages still being discovered? Why are so many languages disappearing? In this Very Short Introduction, eminent linguist Stephen Anderson addresses such questions as he illuminates the science behind languages. Considering a wide range of different
languages and linguistic examples, Anderson provides the basic facts about the world's major families of spoken languages and their distribution around the globe. He explores the basis for linguistic classification and raises questions about how we identify a language. Considering signed languages
as well as spoken, Anderson also examines the wider social issues of losing languages, and their impact on vanishing cultures and peoples.

Stephen Anderson is the Dorothy R. Diebold Professor of Linguistics at Yale University. He is a Fellow of the American Academy of Arts and Sciences and past president of the Linguistic Society of America.