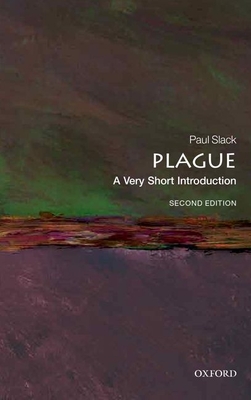 
Available to Order - Usually Arrives in Our Store in 4 to 7 Days
Very Short Introductions: Brilliant, Sharp, Inspiring Throughout history plague has been the cause of many major catastrophes. It was responsible for the 'Plague of Justinian' in 542, the Black Death of 1348, and the Great Plague of London in 1665, as well as for devastating epidemics in China and India between the 1890s and 1920s. In the 21st century Coronavirus pandemics have served as a powerful reminder that we have not escaped the global impact of epidemic diseases. In this Very Short Introduction, Paul Slack takes a global approach to explore the historical and social impact of plague over the centuries, looking at the ways in which it has been interpreted, and the powerful images it has left behind in art and literature. Examining what plague meant for those who suffered from it, and how governments began to fight against it, he demonstrates the impact plague has had on modern notions of public health, and how it has shaped our history. This new edition also includes evidence on the nature of plague taken from recent discoveries in ancient DNA as well as new research on plague in the Middle East. ABOUT THE SERIES: The Very Short Introductions series from Oxford University Press contains hundreds of titles in almost every subject area. These pocket-sized books are the perfect way to get ahead in a new subject quickly. Our expert authors combine facts, analysis, perspective, new ideas, and enthusiasm to make interesting and challenging topics highly readable.

Paul Slack, Emeritus Professor of Early Modern Social History, Oxford University Paul Slack is Emeritus Professor of Early Modern Social History at Oxford University. He is the author of The Impact of Plague in Tudor and Stuart England, (OUP, 1990), and The Invention of Improvement: Information and Material Progress in Seventeenth-Century England, (OUP 2015), which won the Samuel Pepys Prize for 2015. He has been the Editor of the journal Past and Present, is a Fellow of the British Academy, and was Principal of Linacre College, Oxford, until 2010.