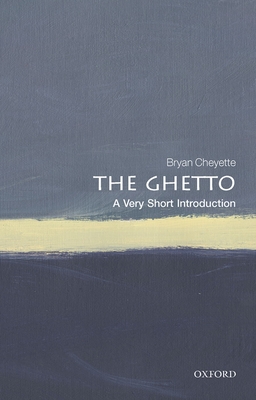 
Available to Order - Usually Arrives in Our Store in 4 to 7 Days
For three hundred years the ghetto defined Jewish culture in the late medieval and early modern period in Western Europe. In the nineteenth-century it was a free-floating concept which travelled to Eastern Europe and the United States. Eastern European ghettos, which enabled genocide, were crudely rehabilitated by the Nazis during World War Two as if they were part of a benign medieval tradition. In the United States, the word ghetto was routinely applied to endemic black ghettoization which has lasted from 1920 until the present. Outside of America the ghetto has been universalized as the incarnation of class difference, or colonialism, or apartheid, and has been applied to segregated cities and countries throughout the world. In this Very Short Introduction Bryan Cheyette unpicks the extraordinarily complex layers of contrasting meanings that have accrued over five hundred years to ghettos, considering their different settings across the globe. He considers core questions of why and when urban, racial, and colonial ghettos have appeared, and who they contain. Exploring their various identities, he shows how different ghettos interrelate, or are contrasted, across time and space, or even in the same place. ABOUT THE SERIES: The Very Short Introductions series from Oxford University Press contains hundreds of titles in almost every subject area. These pocket-sized books are the perfect way to get ahead in a new subject quickly. Our expert authors combine facts, analysis, perspective, new ideas, and enthusiasm to make interesting and challenging topics highly readable.

Bryan Cheyette is Chair in Modern Literature and Culture at the University of Reading, and a Fellow of the English Association. He has authored or edited eleven books and is a Series Editor for Bloomsbury (New Horizons in Contemporary Writing). He has lectured widely throughout the United States and Europe and has held visiting positions at Dartmouth College, the University of Michigan, and the University of Pennsylvania. He also holds fellowships at the universities of Leeds, Southampton and Birkbeck College, London. He reviews fiction for several British newspapers, and has published nearly one hundred reviews on film, history, and fiction for the Times Literary Supplement.