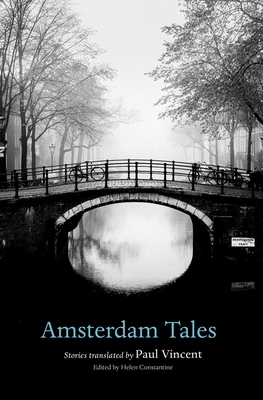 
Title unavailable, please email for information.
Paul Vincent presents a compelling collection of prose fiction, memoirs, and anecdotes centering on Amsterdam from the seventeenth century to the twenty-first century, which gives unique insight into the history and culture of the city. The tales within range from Rembrandt to the Jewish persecution in World War 2, from barricades in a working-class district during the Depression to a writer's unhealthy obsession with a massage parlour. These eighteen newly translated works give the reader, and the traveller, a tantalising glimpse of the Amsterdam that lies beyond the tourist guidebooks.

Helen Constantine Paul Vincent studied Modern Languages at Cambridge University and Dutch at Amsterdam. From 1967 to 1989 he was Lecturer, then Senior Lecturer, in Dutch, first at Bedford College and afterwards at University College London. Since 1989 he has worked as a freelance translator.