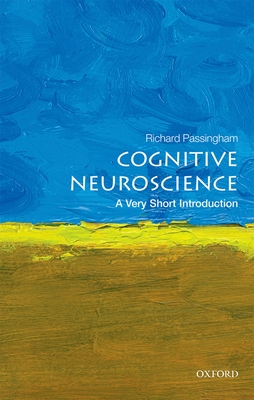 
Email or call for price. Handling fee may apply.
Up to the 1960s, psychology was deeply under the influence of behaviourism, which focused on stimuli and responses, and regarded consideration of what may happen in the mind as unapproachable scientifically. This began to change with the devising of methods to try to tap into what was going on in the 'black box' of the mind, and the development of 'cognitive psychology'. With the study of patients who had suffered brain damage or injury to limited parts of the brain, outlines of brain components and processes began to take shape, and by the end of the 1970s, a new science, cognitive neuroscience, was born. But it was with the development of ways of accessing activation of the working brain using imaging techniques such as PET and fMRI that cognitive neuroscience came into its own, as a science cutting across psychology and neuroscience, with strong connections to philosophy of mind. Experiments involving subjects in scanners while doing various tasks, thinking, problem solving, and remembering are shedding light on the brain processes involved. The research is exciting and new, and often makes media headlines. But there is much misunderstanding about what brain imaging tells us, and the interpretation of studies on cognition. In this Very Short Introduction Richard Passingham, a distinguished cognitive neuroscientist, gives a provocative and exciting account of the nature and scope of this relatively new field, and the techniques available to us, focusing on investigation of the human brain. He explains what brain imaging shows, pointing out common misconceptions, and gives a brief overview of the different aspects of human cognition: perceiving, attending, remembering, reasoning, deciding, and acting. Passingham concludes with a discussion of the exciting advances that may lie ahead. ABOUT THE SERIES: The Very Short Introductions series from Oxford University Press contains hundreds of titles in almost every subject area. These pocket-sized books are the perfect way to get ahead in a new subject quickly. Our expert authors combine facts, analysis, perspective, new ideas, and enthusiasm to make interesting and challenging topics highly readable.

Richard Passingham received his BA from the University of Oxford and his Ph.D in Psychology from the University of London. He returned to Oxford in 1970 and was made a University Lecturer and Fellow of Wadham College in 1976. He was amongst the first to use brain imaging to study human cognition, starting in 1988 at the MRC Cyclotron Unit at the Hammersmith Hospital where he was an Honorary Senior Lecturer. In 1996 he moved to the newly founded Wellcome Centre for NeuroImaging at the University of London where he was an Honorary Principal. He was made Professor of Cognitive Neuroscience at Oxford in 1997. His books include What is Special about the Human Brain? (OUP, 2008), The Neurobiology of the Prefrontal Cortex (OUP, 2014), with Steven P. Wise, and A Short Guide to Brain Imaging (OUP, 2015), with James B. Rowe.