A State Built on Sand: How Opium Undermined Afghanistan (Paperback) 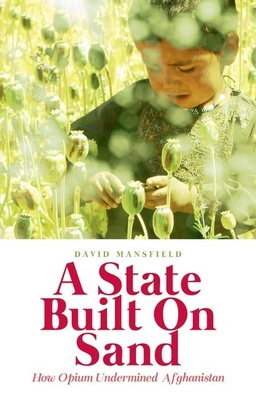 By David Mansfield
Please email or write store for pricing and availability information.
Special Request - May Not Be Available

Oscillations in opium poppy production in Afghanistan have long been associated with how the state was perceived, such as after the Taliban imposed a cultivation ban in 2000-1.
The international community's subsequent attempts to regulate opium poppy became intimately linked with its own state-building project, and rising levels of cultivation were cited as evidence of failure by those international donors who spearheaded development in poppy-growing provinces like Helmand, Nangarhar and Kandahar.
Mansfield's book examines why drug control - particularly opium bans - have been imposed in Afghanistan; he documents the actors involved; and he scrutinizes how prohibition served divergent and competing interests. Drawing on almost two decades of fieldwork in rural areas, he explains how these bans affected farming communities, and how prohibition endured in some areas while in others opium production bans undermined livelihoods and destabilized the political order, fuelling violence and rural rebellion.
Above all this book challenges how we have come to understand political power in rural Afghanistan. Far from being the passive recipients of violence by state and non-state actors, Mansfield highlights the role that rural communities have played in shaping the political terrain, including establishing the conditions under which they could persist with opium production.

David Mansfield is an independent consultant widely regarded as the pre-eminent expert on rural livelihoods and opium poppy cultivation in Afghanistan.