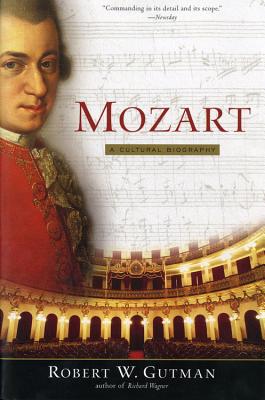 This major work, the result of years of careful study and analysis, places Wolfgang Amadeus Mozart's life and music in the context of the intellectual, political and artistic currents of eighteenth-century Europe. The result is a fresh interpretation of Mozart's genius, as Robert Gutman shows the great composer in a new light. With an informed and sensitive handling, Mozart emerges as an affectionate and generous man with family and friends, self-deprecating, witty, and winsome but also an austere moralist, incisive and purposeful. The major genres in which Mozart worked-chamber music, liturgical, theater and keyboard compositions, concertos, operas, symphonies, and oratorios-are unfolded to reveal a man of luminous intellect. Mozart is an extraordinary portrait of a man and his times and a brilliant distillation of musical thought.

"Yoshimura's evocations of Japan's cities, jails, and workplaces are precise, and his spare, sensual prose has all of the intensity of poetry...a vivid psychological portrait.-Publishers Weekly (starred Review)
"Reminiscent of Zola and Balzac...A brilliant dramatization of the implacability of fate by an exceptionally good novelist."-Kirkus Reviews (starred)