Along for the Ride (Paperback) 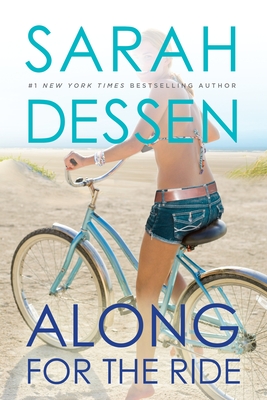 Along for the Ride (Paperback)


Available to Order - Usually Arrives in Our Store in 4 to 7 Days
Soon to be a Netflix film!


Nights have always been Auden’s time, her chance to escape everything that’s going on around her.

Then she meets Eli, a fellow insomniac, and he becomes her nocturnal tour guide.

Now, with an endless supply of summer nights between them, almost anything can happen. . . .

“As with all Dessen’s books, [this] is a must-have” —VOYA, starred review

Sarah Dessen is the winner of the Margaret A. Edwards Award for her contributions to YA literature, as well as the Romantic Times Career Achievement Award.

Books by Sarah Dessen:
That Summer
Someone Like You
Keeping the Moon
Dreamland
This Lullaby
The Truth About Forever
Just Listen
Lock and Key
Along for the Ride
What Happened to Goodbye
The Moon and More
Saint Anything
Once and for All
Sarah Dessen is the #1 New York Times bestselling author of over a dozen novels for teens, which have received numerous awards and rave reviews, and have sold millions of copies worldwide. She is the recipient of the 2017 Margaret A. Edwards Award from the American Library Association.  Sarah lives in North Carolina with her family. Visit her online at sarahdessen.com.

"Beautifully captures that sense of summer as a golden threshold between past regrets and future unknowns." -The Washington Post