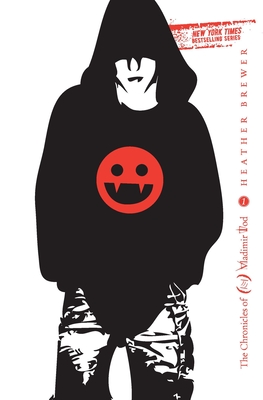 This is book number 1 in the The Chronicles of Vladimir Tod series.

Vlad has to keep his vampire urges under control while dealing with the pressures of middle school.

Watch a QuickTime trailer for this book.

Heather Brewer was not your typical teen growing up. She wore black, danced under full moons, and devoured every book in sight. She hasn't changed much. Today, Heather can be found writing in her funky, black Happy Bunny jammie pants, dancing under a full moon, devouring every book in sight, and attending renaissance faire in full costume (and in character).

When Heather's not writing, dressing up, dancing and reading, she's answering email, which she loves to get over at her website.