The Call of the Wild (Puffin Classics) (Hardcover) 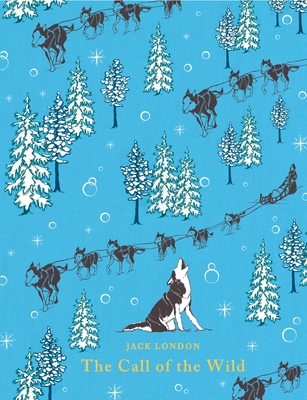 The Call of the Wild (Puffin Classics) (Hardcover)

Life is good for Buck in Santa Clara Valley, where he spends his days eating and sleeping in the golden sunshine. But one day a treacherous act of betrayal leads to his kidnap, and he is forced into a life of toil and danger. Dragged away to be a sledge dog in the harsh and freezing cold Yukon, Buck must fight for his survivial. Can he rise above his enemies and become the master of his realm once again?
John Griffith "Jack" London (1876–1916) is an American author, journalist, and social activist. Some of his most famous works include The Call of the Wild and White Fang, as well as the short stories "To Build a Fire", "An Odyssey of the North", and "Love of Life".