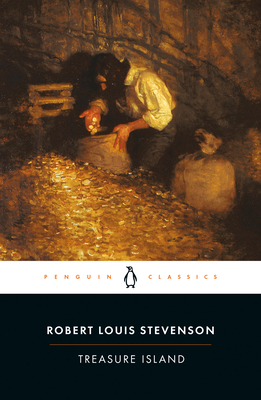 When a mysterious sailor dies in sinister circumstances at the Admiral Benbow inn, young Jim Hawkins stumbles across a treasure map among the dead man's possessions. But Jim soon becomes only too aware that he is not the only one who knows of the map's existence, and his bravery and cunning are tested to the full when, with his friends Squire Trelawney and Dr Livesey, he sets sail in the Hispaniola to track down the treasure. With its swift-moving plot and memorably drawn characters—Blind Pew and Black Dog, the castaway Ben Gunn and the charming but dangerous Long John Silver—Stevenson's tale of pirates, treachery and heroism was an immediate success when it was first published in 1883 and has retained its place as one of the greatest of all adventure stories.

For more than seventy years, Penguin has been the leading publisher of classic literature in the English-speaking world. With more than 1,700 titles, Penguin Classics represents a global bookshelf of the best works throughout history and across genres and disciplines. Readers trust the series to provide authoritative texts enhanced by introductions and notes by distinguished scholars and contemporary authors, as well as up-to-date translations by award-winning translators.
Robert Louis Stevenson (1850-1894) was born in Edinburgh. He began his writing career as an essayist and travel writer, but the success of Treasure Island (1883) and Kidnapped (1886) established his reputation for tales of adventure and action. During the final years of his life, Stevenson's creative range developed and he wrote "The Beach of Falesa" and began "The Weir of Hermiston."

John Seelye is graduate research professor of American Literature at the University of Florida.
"Over Treasure Island I let my fire die in winter without knowing I was freezing."