The Narrative of Arthur Gordon Pym of Nantucket (Paperback) 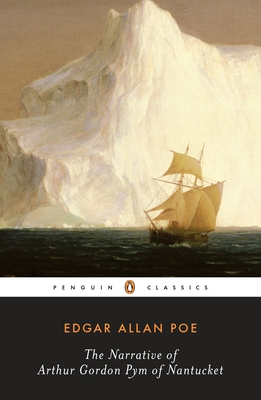 The Narrative of Arthur Gordon Pym of Nantucket (Paperback)


Available to Order - Usually Arrives in Our Store in 4 to 7 Days
Poe found the germ of the story he would develop into ARTHUR GORDON PYM in 1836 in a newspaper account of the shipwreck and subsequent rescue of the two men on board. Published in 1838, this rousing sea adventure follows New England boy, Pym, who stows away on a whaling ship with its captain's son, Augustus. The two boys repeatedly find themselves on the brink of death or discovery and witness many terrifying events, including mutiny, cannibalism, and frantic pursuits. Poe imbued this deliberately popular tale with such allegorical richness, biblical imagery, and psychological insights that the tale has come to influence writers as various as Melville, James, Verne and Nabokov.

For more than seventy years, Penguin has been the leading publisher of classic literature in the English-speaking world. With more than 1,700 titles, Penguin Classics represents a global bookshelf of the best works throughout history and across genres and disciplines. Readers trust the series to provide authoritative texts enhanced by introductions and notes by distinguished scholars and contemporary authors, as well as up-to-date translations by award-winning translators.
Edgar Allan Poe (1809-1849) was an American poet, short-story writer, writer of detective fiction, and critic. After publishing this novel he wrote TALES OF THE GROTESQUE AND ARABESQUE (1840) and THE RAVEN AND OTHER POEMS (1845). Richard Kopley isProfessor in the Department of English at Pennsylvania State University and Vice-President of the Poe Studies Association.