Waiting for the Barbarians: A Novel (Penguin Great Books of the 20th Century) (Paperback) 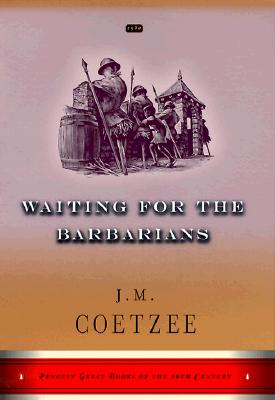 Waiting for the Barbarians centers on the crisis of the conscience of the Magistrate—a loyal servant of the Empire working in a tiny frontier town, doing his best to ignore an inevitable war with the "barbarians." After he witnesses the cruel and unjust treatment of prisoners of war, he reconsiders his role in the regime and carries out a quixotic act of rebellion.

Mark Rylance (Wolf Hall, Bridge of Spies), Ciro Guerra, and producer Michael Fitzgerald are teaming up to to bring J.M. Coetzee's Waiting for the Barbarians to the big screen.

Born in Cape Town, South Africa, on February 9, 1940, John Michael Coetzee studied first at Cape Town and later at the University of Texas at Austin, where he earned a Ph.D. degree in literature. In 1972 he returned to South Africa and joined the faculty of the University of Cape Town. His works of fiction include Dusklands, Waiting for the Barbarians, which won South Africa’s highest literary honor, the Central News Agency Literary Award, and the Life and Times of Michael K., for which Coetzee was awarded his first Booker Prize in 1983. He has also published a memoir, Boyhood: Scenes From a Provincial Life, and several essays collections. He has won many other literary prizes including the Lannan Award for Fiction, the Jerusalem Prize and The Irish Times International Fiction Prize. In 1999 he again won Britain’s prestigious Booker Prize for Disgrace, becoming the first author to win the award twice in its 31-year history. In 2003, Coetzee was awarded the Nobel Prize in Literature.

"I have known few authors who can evoke such a wilderness in the heart of a man.... Mr. Coetzee knows the elusive terror of Kafka." —Bernard Levin, The Sunday Times (London)