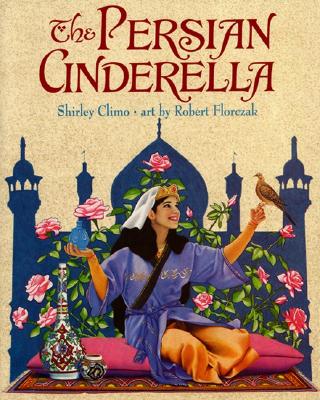 By Shirley Climo, Robert Florczak (Illustrator)
Please email or write store for pricing and availability information.
Warehouse Out of Stock

In this jewel-like version of a classic story, popular folklorist Shirley Climo tells the tale of Settareh, the Persian Cinderella.

Magic enables Settareh to outsmart two jealous stepsisters and win the heart of a prince. But where most Cinderella stories end, poor Sattareh's troubles are only beginning! The unexpected plot twists will enchant readers as they rediscover the familiar tale in the lush setting of long-ago Persia.

Shirley Climo's love of folklore began in her childhood and has provided the background for many of her children's books, such as The Korean Cinderella, Magic & Mischief: Tales from Cornwall, A Treasury of Princesses: Princess Tales from Around the World, A Treasury of Mermaids: Mermaid Tales from Around the World, and Someone Saw a Spider: Spider Facts and Folktales, an NCTE Teacher's Choice and Library of Congress Best Children's Book that was originally inspired by her research for Cobweb Christmas. Mrs. Climo and her husband live in Los Altos, California.

Robert Florczak, illustrator of The Persian Cinderella by Shirley Climo, captures the distinctive flavor of ancient Persia in his vivid and carefully researched illustrations. An accomplished and versatile artist, Mr. Florczaks most recent work for children appears in the book Birdsong by Audrey Wood. He lives in Southern California.