Fixed.: How to Perfect the Fine Art of Problem Solving (Hardcover) 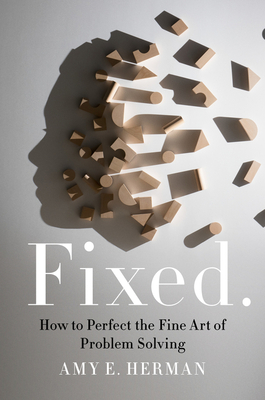 Fixed.: How to Perfect the Fine Art of Problem Solving (Hardcover)

With Amy Herman’s Fixed., we now have access to what the FBI, NATO, the State Department, Interpol, Scotland Yard, and many more organizations and their leaders have been using to solve their most intractable problems.

Demonstrating a powerful paradigm shift for finding solutions, Herman teaches us to see things differently, using art to challenge our default thinking and open up possibilities otherwise overlooked. Her unexpected, insightful, and often delightful methodology is sought after by leaders and professionals for whom failure is catastrophic. Luckily for us, these tactics work— no matter the problem’s scale or complexity. And we don’t need an art degree or previous knowledge about art to benefit from her approach, only a willingness to open our eyes and our minds. Yes, things go wrong all the time. What matters most is what we do to fix them.

AMY E. HERMAN is the founder and president of The Art of Perception, Inc., a New York–based organization that conducts professional development courses for leaders around the world, from Secret Service agents to prison wardens. Herman was the head of education at the Frick Collection for over ten years. An art historian and an attorney, Herman holds a BA in international affairs from Lafayette College, a JD from the National Law Center at George Washington University, and an MA in art history from Hunter College. A world-renowned speaker, Herman has been featured on the CBS Evening News, the BBC, and in countless print publications including the New York Times, the Wall Street Journal, the Daily Telegraph, the New York Daily News, Smithsonian Magazine, and the Philadelphia Inquirer.

Looking at art through Amy Herman’s lens gives us a powerful new perspective to envision our problems and craft concrete solutions. — Col. Christopher Costa, USA, (Ret.), executive director of the International Spy Museum and former special assistant to the president for counterterrorism