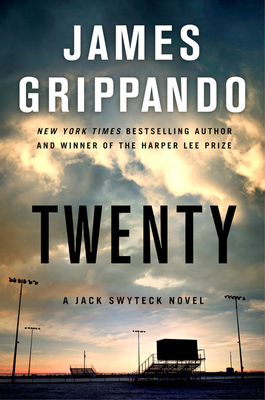 This is book number 17 in the Jack Swyteck Novel series.

Jack Swyteck and his family are caught in the crossfire after a deadly school shooting claims twenty casualties—Florida’s fifth mass shooting in as many years—in this provocative and timely thriller from Harper Lee Prize–winner James Grippando that touches on some of the most contentious issues roiling America today.

It is the message every parent of a school-age child fears: “Active Shooter on Campus.”

Jack Swyteck is at his office when he receives the emergency text from Riverside Day School. Both his daughter, Righley, and his wife, FBI agent Andie Henning, are in danger. Andie is in the school’s rec center when she hears the fire alarms, then loud popping noises and screams coming from the hallway. A trained law-enforcement officer, Andie knows she’s supposed to stay locked down inside the room. But Righley is in her kindergarten classroom and Andie must get her to safety.

The tragedy prompts mass hysteria—and dangerous speculation. The police haven’t identified the shooter, but they find a handgun on the school grounds registered to a parent, a Muslim man named Amir Khoury. News of the gun and its owner leaks and quickly goes viral. Within minutes Al Qaeda claims responsibility. Andie is shocked—Amir is married to her friend, Lilly, a WASP whose bloodline goes back to the American Revolution.

When Xavier, Amir and Lilly’s oldest child and an eighteen-year-old senior at Riverside confesses to the crime, the local community’s anti-Muslim fervor explodes to levels unseen since 9/11. Terrified for her son’s life, Lilly asks Jack to step in. A seasoned defense attorney with a passion to see justice done, he’s taken on plenty of complicated cases. Xavier’s, however, is not one he’s inclined to take—until an old friend who lost his daughter in the shooting tells him that he must.

With the public calling for blood and prosecutors confident their case is air tight, Jack must unearth the Khourys’ family secrets in order to expose the shocking truth and save his client from certain death. But he may not be able to save everyone—including himself.

James Grippando is a New York Times bestselling author of suspense and the winner of the Harper Lee Prize for Legal Fiction. Twenty is his twenty-ninth novel. He lives in South Florida, where he is a trial lawyer and teaches law and literature at the University of Miami School of Law.

“Twenty is an excellent legal thriller by an experienced hand at storytelling . . . It’s still only January, but it looks as though James Grippando may have offered us one of the best thrillers of 2021.”
— New York Journal of Books

“Chilling . . . Grippando leads Twenty through a complex plot that maintains its sense of realism until the surprising finale.”
— South Florida Sun Sentinel

"There’s a reason that James Grippando is a New York Times bestselling author and the recipient of the Harper Lee Prize for Legal Fiction. . . . Twenty certainly works well as a stand-alone title, but it also will inspire readers to delve into Grippando’s backlist, so be prepared."
— Book Reporter

"What begins as a thriller and then moves into a legal novel, devolves into a full-blown espionage story that calls to mind the work of Brad Thor, among others . . . When the significance of the number twenty is finally revealed it will send chills down your spine and you will soon realize that this is unlike any other Jack Swyteck novel to date."
— CriminalElement.com

“James Grippando's taut and briskly paced story grips the reader from the opening chapter and then keeps them close as Jack Swyteck and his associates race to uncover the forces bent on keeping the truth of the tragedy hidden. Twenty is a highly addictive novel and it is impossible to put down."
— Mystery Scene