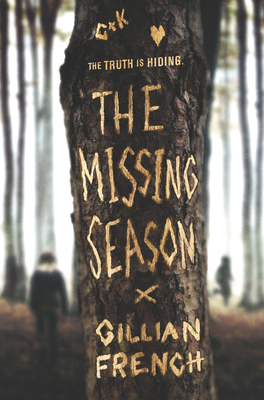 From the author of Edgar Award finalist Grit and The Lies They Tell comes a tense, atmospheric novel for fans of E. Lockhart and Marieke Nijkamp, about friendship, truth, and the creeping fears that can’t be outrun.

Whenever another kid goes missing in October, the kids in the old factory town of Pender know what is really behind it: a monster out in the marshes that they call the Mumbler.

That’s what Clara’s new crew tells her when she moves to town. Bree and Sage, who take her under their wing. Spirited Trace, who has taken the lead on this year’s Halloween prank war. And magnetic Kincaid, whose devil-may-care attitude and air of mystery are impossible for Clara to resist.

Clara doesn’t actually believe in the Mumbler—not like Kinkaid does. But as Halloween gets closer and tensions build in the town, it’s hard to shake the feeling that there really is something dark and dangerous in Pender. Lurking in the shadows. Waiting to bring the stories to life.

Gillian French is the author of The Lies They Tell, The Missing Season, and Edgar Award finalist Grit, which was an Indie Next List pick and received starred reviews from Kirkus Reviews and ALA Booklist. She holds a BA in English from the University of Maine and lives in Maine with her husband and sons. www.gillianfrench.com.

“Every locale jumps from the page, imbued with magic and foreboding. Clara’s new relationships ring painfully true, both sharp and beautiful. Readers will burn through pages and be left haunted long after... A lyrically written, highly eerie slow-burn of a mystery.” — Kirkus Reviews

“French mines the real tension from the potential chaos brought about by a bunch of restless, bored kids in a nearly burnt-out town, chafing against their bad luck and reveling in their small acts of defiance.” — Bulletin of the Center for Children’s Books

“Edgar finalist French (Grit, 2017) elevates this mystery beyond genre conventions with depth of characterization and an unyielding, low-level sense of anxiety that permeates the text from uneasy beginning to disquiet end. French’s spare, spectral thriller catches like a hook and doesn’t let go.” — Booklist (starred review)

“Bowstring-taut tension builds gracefully through the novel.... The book’s strength, however, is offering readers plenty of authentically developed characters with whom they can identify, from teen pranksters to hardworking parents.” — Publishers Weekly