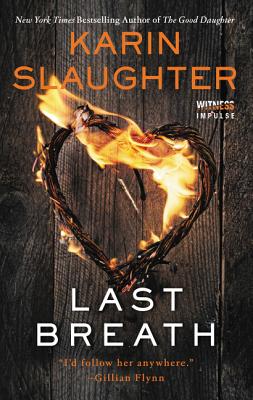 Protecting someone always comes at a cost.

At the age of thirteen, Charlie Quinn’s childhood came to an abrupt and devastating end. Two men, with a grudge against her lawyer father, broke into her home—and after that shocking night, Charlie’s world was never the same.

Now a lawyer herself, Charlie has made it her mission to defend those with no one else to turn to. So when Flora Faulkner, a motherless teen, begs for help, Charlie is reminded of her own past, and is powerless to say no.

But honor-student Flora is in far deeper trouble than Charlie could ever have anticipated. Soon she must ask herself: How far should she go to protect her client? And can she truly believe everything she is being told?

Razor-sharp and lightning-fast, this electrifying story from the #1 international bestselling author will leave you breathless. And be sure to read Karin Slaughter’s extraordinary new novel The Good Daughter—available August 22, 2017.

Karin Slaughter is the author of more than twenty instant New York Times bestselling novels, including the Edgar–nominated Cop Town and standalone novels Pretty Girls, The Good Daughter, and Pieces of Her. She is published in 120 countries with more than 40 million copies sold across the globe. Pieces of Her is a Netflix original series starring Toni Collette, and False Witness, the Grant County, and Will Trent series are in development for television. Slaughter is the founder of the Save the Libraries project—a nonprofit organization established to support libraries and library programming. A native of Georgia, she lives in Atlanta.