I'll Take You There: A Novel (Paperback) 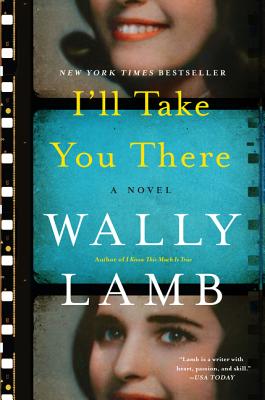 By Wally Lamb
Email or call for price. Handling fee may apply.
Special Request - May Not Be Available

In this radiant homage to the resiliency, strength, and power of women, Wally Lamb—author of numerous New York Times bestselling novels including She’s Come Undone, I Know This Much is True, and We Are Water—weaves an evocative, deeply affecting tapestry of one Baby Boomer's life and the trio of unforgettable women who have changed it.

I’ll Take You There centers on Felix, a film scholar who runs a Monday night movie club in what was once a vaudeville theater. One evening, while setting up a film in the projectionist booth, he’s confronted by the ghost of Lois Weber, a trailblazing motion picture director from Hollywood’s silent film era. Lois invites Felix to revisit—and in some cases relive—scenes from his past as they are projected onto the cinema’s big screen.

In these magical movies, the medium of film becomes the lens for Felix to reflect on the women who profoundly impacted his life. There’s his daughter Aliza, a Gen Y writer for New York Magazine who is trying to align her post-modern feminist beliefs with her lofty career ambitions; his sister, Frances, with whom he once shared a complicated bond of kindness and cruelty; and Verna, a fiery would-be contender for the 1951 Miss Rheingold competition, a beauty contest sponsored by a Brooklyn-based beer manufacturer that became a marketing phenomenon for two decades. At first unnerved by these ethereal apparitions, Felix comes to look forward to his encounters with Lois, who is later joined by the spirits of other celluloid muses.

Wally Lamb is the author of five New York Times bestselling novels: She’s Come Undone, I Know This Much Is True, The Hour I First Believed, Wishin’ and Hopin’, and We Are Water. His first two works of fiction, She’s Come Undone and I Know This Much Is True, were both #1 New York Times bestsellers and selections of Oprah’s Book Club. Lamb edited Couldn’t Keep It to Myself, I’ll Fly Away, and You Don’t Know Me, three volumes of essays from students in his writing workshop at York Correctional Institution, a women’s prison in Connecticut, where he has been a volunteer facilitator for two decades. He lives in Connecticut and New York.

“A well-told story about a man whose dealings with women are as transformational as the women’s liberation movement itself.”
— Minneapolis Star Tribune

“Wally Lamb’s affection for these characters is so palpable, his intentions so palpably good, that it’s hard not to be touched by this sweet-natured novel.”
— Washington Post

“Lamb is a writer with heart, passion and skill. I’LL TAKE YOU THERE deals with themes of feminism, eating disorders and family secrets, and winds up with a warmhearted finale.”
— USA Today

“A warm, wise and witty story with a strong and appreciative theme of feminism at its big heart.”
— New London Day

“Lamb’s previous work has been quite sensitive to women, painting endearing portraits of female characters who have been ignored, shamed and often mistreated. He builds on that tradition in I’ll Take You There, a love letter to feminism and to trailblazing women-real and imagined-who have graced the silver screen or stood behind the camera.”
— BookPage