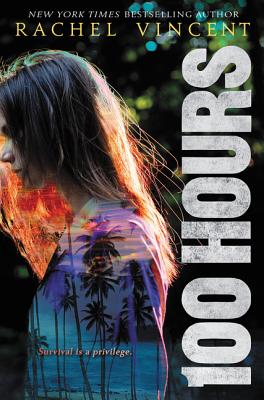 Maddie is beyond done with her cousin Genesis’s entitled and shallow entourage. Genesis is so over Miami’s predictable social scene with its velvet ropes, petty power plays, and backstabbing boyfriends.

While Maddie craves family time for spring break, Genesis seeks novelty—like a last-minute getaway to an untouched beach in Colombia. And when Genesis wants something, it happens.

But paradise has its price. Dragged from their tents under the cover of dark, Genesis, Maddie, and their friends are kidnapped and held for ransom deep inside the jungle—with no diva left behind. It all feels so random to everyone except Genesis. She knows they were targeted for a reason. And that reason is her.

Now, as the hours count down, only one thing’s for certain: If the Miami hostages can’t thwart their captors’ plan, no one will make it out alive.

Tapping into our darkest fears while exploring issues of injustice, loss, and the courage to fight for what matters most, this thrilling read is perfect for fans of Nova Ren Suma, Becca Fitzpatrick, and Jennifer L. Armentrout.

Rachel Vincent is the New York Times bestselling author of several pulse-pounding series for teens and adults. A former English teacher and a champion of the serial comma, Rachel has written more than twenty novels and remains convinced that writing about the things that scare her is the cheapest form of therapy. Rachel shares her home in Oklahoma with two cats, two teenagers, and her husband, who’s been her number one fan from the start. You can find her online at www.rachelvincent.com and on Twitter @rachelkvincent.

“Cancel all your plans, because once you pick up 100 HOURS you will not be able to put it down. A suspenseful, gritty, action-packed story that will leave you absolutely breathless.” — Courtney Summers, author of the This Is Not a Test series

“A-list clique drama playing out in an exotic setting rife with danger and political import.” — Bulletin of the Center for Children’s Books

“Vincent builds the story’s tension by using a clever countdown to drive the stakes higher and narrating from alternating points of view.” — Booklist