Tinderbox: The Past and Future of Pakistan (Paperback) 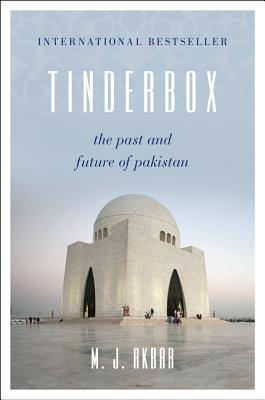 By M.J. Akbar
Please email or write store for pricing and availability information.
Special Request - May Not Be Available

“Among many recent books on Pakistan, Mr. Akbar’s stands out….A fine and detailed history of Indian Muslim anger and insecurity.”
—The Economist

In Tinderbox, India’s leading journalist delivers a fascinating narrative history of Pakistan, chronicling the conflict between Muslim and Hindu cultures in South Asia and describing the role that their relationship has played in defining both the country and the region. Editorial director of India Today and editor of the Sunday Guardian, M. J. Akbar gives readers an unprecedented look at Pakistan past and present. Panoramic in scope but specific in detail, with rich portraits of the central figures and events that have defined the nation’s history, Ackbar’s Tinderbox tells the Pakistanian story from the Middle Ages to the present, puts the Taliban and its place within modern Islam into a meaningful context, and diagnoses where the country is headed in the 21st century.

M. J. Akbar?is the editorial director of India Today and editor of the Sunday Guardian. His many books include India: The Siege Within, Nehru: The Making of India, Riot After Riot, Kashmir: Behind the Vale, and The Shade of Swords: Jihad and the Conflict Between Islam and Christianity. He lives in Delhi.

“An acclaimed journalist gives us the one thing he can: an illuminating history.”
— Daily Beast

“A lively read. . . . Among many recent books on Pakistan, Mr. Akbar’s stands out . . . it is a fine and detailed history of Indian Muslim anger and insecurity, spawned by the 18th-century decline of the Mughals, and the way this played out in the freedom struggle.”
— The Economist