Into the Still Blue (Under the Never Sky Trilogy #3) (Hardcover) 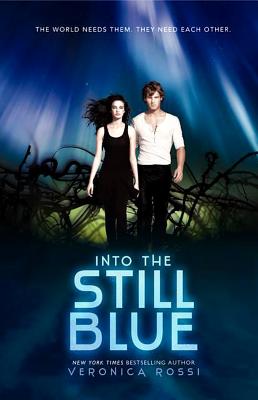 By Veronica Rossi
Please email or write store for pricing and availability information.
Special Request - May Not Be Available

The race for survival comes to a thrilling close in the earth-shattering conclusion to Veronica Rossi's New York Times bestselling Under the Never Sky trilogy.

Their love and their leadership have been tested. Now it's time for Perry and Aria to unite the Dwellers and the Outsiders in one last desperate attempt to find the fabled Still Blue and bring balance to their world.

Perfect for fans of the Hunger Games and Divergent series, Veronica Rossi's trilogy has been called "inspired, offbeat, and mesmerizing" (Kirkus Reviews, starred review) and "incredibly original" (Seventeen.com). Brimming with romance and danger and building to a climax that will leave you breathless, Into the Still Blue brings this "masterpiece" trilogy to an unforgettable close (Examiner.com).

Veronica Rossi graduated from UCLA. The first book in her New York Times bestselling Under the Never Sky trilogy was named an ALA Best Fiction for Young Adults selection and an Indie Next List Pick. The second book, Through the Ever Night, was a New York Times and USA Today bestseller. The series has been optioned for film. Veronica lives in northern California with her husband and two sons.