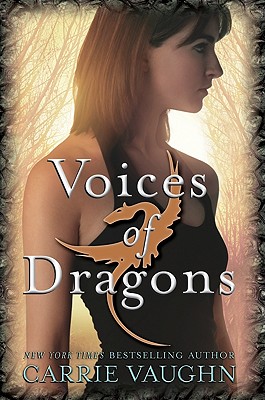 By Carrie Vaughn
Please email or write store for pricing and availability information.
Hard to Find

On one side of the border lies the modern world: the internet, homecoming dances, cell phones. On the other side dwell the ancient monsters who spark humanity's deepest fears: dragons.

Seventeen-year-old Kay Wyatt knows she's breaking the law by rock climbing near the border, but she'd rather have an adventure than follow the rules. When the dragon Artegal unexpectedly saves her life, the rules are abruptly shattered, and a secret friendship grows between them.

But suspicion and terror are the legacy of human and dragon inter­actions, and the fragile truce that has maintained peace between the species is unraveling. As tensions mount and battles begin, Kay and Artegal are caught in the middle. Can their friendship change the course of a war?

In her young-adult debut, New York Times bestselling author Carrie Vaughn presents a distinctly twenty-first-century tale of myths and machines, and an alliance that crosses a seemingly unbridgeable divide.

Carrie Vaughn survived her air force brat childhood and managed to put down roots in Colorado. Her first book, Kitty and the Midnight Hour, launched a popular series of novels about a werewolf named Kitty who hosts a talk-radio advice show. She is also the author of Voices of Dragons, her debut novel for teen readers. Ms. Vaughn lives in Colorado.

Praise for VOICES OF DRAGONS: “Readers...will be swept along by this series starter’s fast pace, appealing characters, and interesting conceptual blend of legend and technology.”
— ALA Booklist

“Vaughn creates characters worth visiting time after time.”
— ALA Booklist