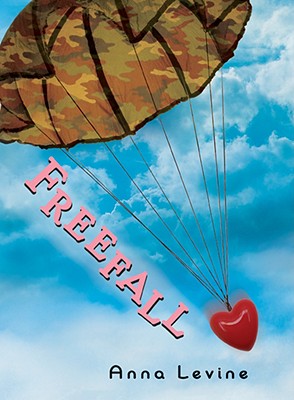 What would your life be like if military service was compulsory, not voluntary?

Aggie is eighteen and getting ready to do her service for the Israeli Army. She could get a cushy assignment—maybe pushing paper somewhere—or she could just take her chances. Only, Aggie isn't like that. Despite her small size and the fact that she needs to gain weight to even make the grade, and despite the total disbelief of her entire family (except her grandmother, who is an old freedom fighter and don't you forget it), Aggie is trying out for an elite combat unit.

Ben—Aggie's crush of the moment—isn't at all convinced that she's making the right choice. Shira, Aggie's best friend forever, is bewildered (and perhaps a bit too interested in Ben). Then there's Noah. And the serendipitous snow. And a good-bye kiss that turns into, well, a real kiss.

Luckily for Aggie, her backbreaking, sand-in-mouth, completely-lost-in-the-desert training produces an unlikely dividend: friends. The kind she never imagined she could have. The kind you'd go to war with—and for.

Anna Levine has lived in Israel for more than twenty years, having emigrated there on her own when she was eighteen. She is the mother of two sons—both of whom are serving in the Israeli Army. Aggie's experiences in the novel are partly based on the author's time spent in underground bomb shelters after rockets hit her kibbutz.