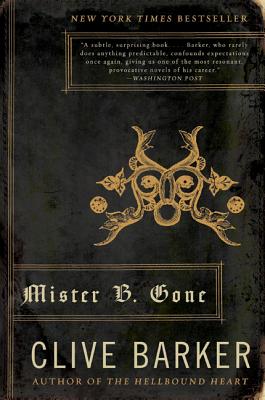 By Clive Barker
$13.99
Warehouse Out of Stock - Available to Backorder

You hold in your hands not a book at all, but a terrifying embodiment of purest evil. Can you feel the electric tingle in your fingers as you are absorbed by the demon Jakabok's tale of his unintentional ascent from the depths of the Inferno? Do you sense the cold dread worming its way into your bloodstream, your sinews, the marrow of your bones as you read more deeply into his earthly education and unspeakable acts? The filth you now grasp has been waiting patiently for you for nearly six hundred years. And now, before you are completely in its thrall, you would do well to follow the foul creature's admonition and destroy this abomination of ink and paper before you turn a single leaf and are lost forever.

You have been warned.

Clive Barker is the bestselling author of twenty-two books, including the New York Times bestsellers Abarat; Abarat: Days of Magic, Nights of War; and The Thief of Always. He is also an acclaimed painter, film producer, and director. For twelve years Mr. Barker has been working on a vast array of paintings to illuminate the text of The Books of Abarat, more than one hundred and twenty-five of which can be found within this volume.